Use Continuity to connect your iPhone, iPad, iPod touch, and Mac

Support Portal  »  Knowledgebase  »  Viewing Article
Print
Continuity features include Handoff, iPhone Cellular Calls, SMS, and Instant Hotspot. For example, you can start an email or document on your iPhone and pick up where you left off on your iPad. Or you can use your iPad or Mac to make and receive phone calls through your iPhone.

To use Continuity, check that your iOS device or Mac meets the system requirements for this feature.

With Handoff, you can start a document, email, or message on one device and pick up where you left off from another device. Handoff works with Apple apps like Mail, Safari, Maps, Messages, Reminders, Calendar, Contacts, Pages, Numbers, and Keynote. Some third-party apps are also compatible.

You can swipe up from the bottom-left edge of the Lock screen, where you see the app’s activity icon 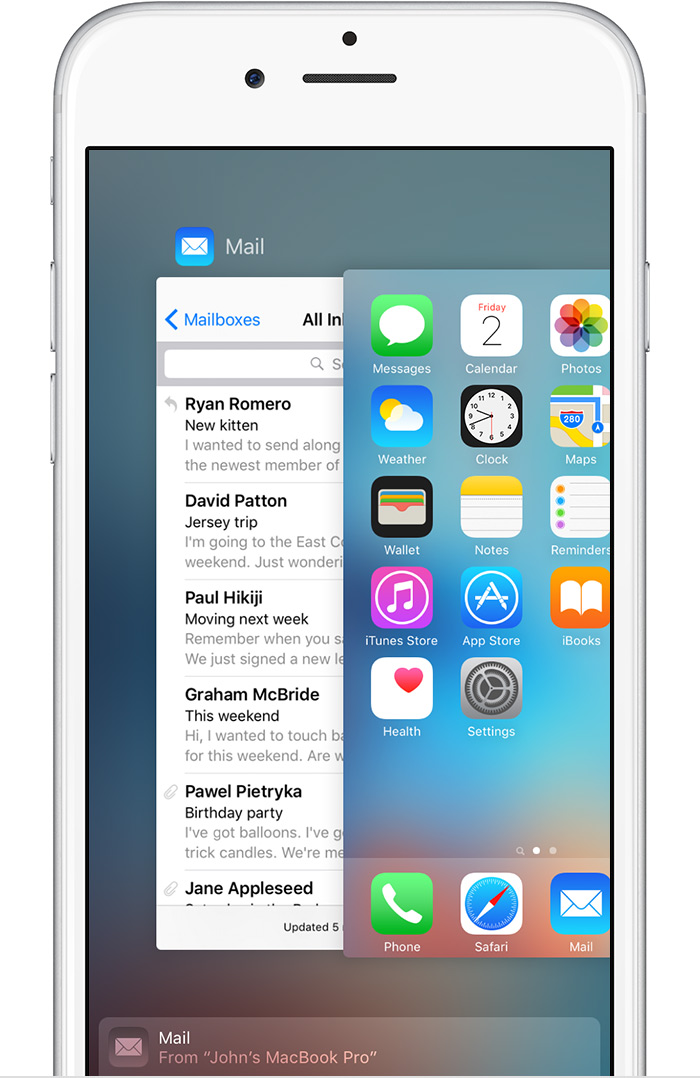 Or if you aren't on the Lock screen, double-click the Home button. On the multitasking screen that appears, tap the banner at the bottom of your screen.

On your Mac, go to System Preferences > General. Then uncheck the Allow Handoff setting.

Make a call or answer a call

On your Mac, open the FaceTime app and go to FaceTime > Preferences. Click Settings and deselect the iPhone Cellular Calls option.

With Continuity, all the SMS and MMS text messages that you send and receive on your iPhone can also appear on your Mac, iPad, and iPod touch. You can also reply to your contacts from whichever device is closest to you, including your iPad or Mac.

You can start a conversation in the Messages app or click a phone number in Safari, Contacts, or Calendar.

Set up SMS and MMS with Continuity

With Instant Hotspot, you can use Personal Hotspot on your iOS device to provide Internet access to your other devices, without having to enter your password.

Sign in to iCloud with the same Apple ID on each of your devices. Then check that your cellular provider has provisioned Personal Hotspot.